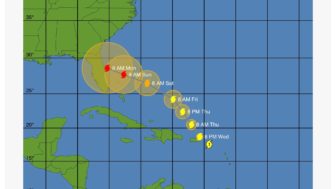 As the state of PANIC here in Florida winds down with forecasts showing Hurricane Dorian will miss us, it seems like a good time to review the projected storm path and how it panned out.

When I first noticed Dorian, it was a tropical storm that was projected to pass across Puerto Rico and the Dominican Republic and not strengthen much because of the mountains. Instead, it took an unforecast turn and just grazed Puerto Rico. That caught my attention so I started saving phone screenshots of the forecasts. 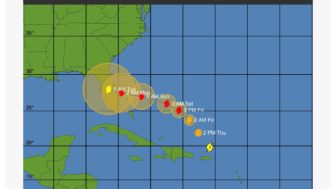 The main thing that caught my attention was the forecast for a Category 3 storm hitting Florida on Monday. Or maybe early Tuesday. 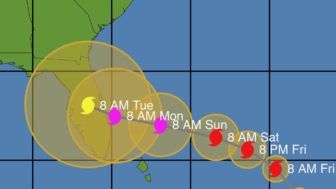 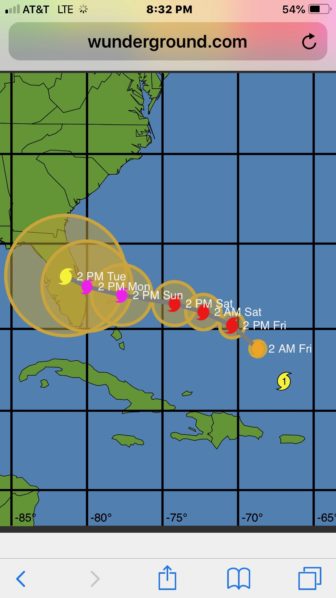 Or maybe not so early on Tuesday. Note that the "cone of uncertainty stretches from South Florida through Georgia at this point. 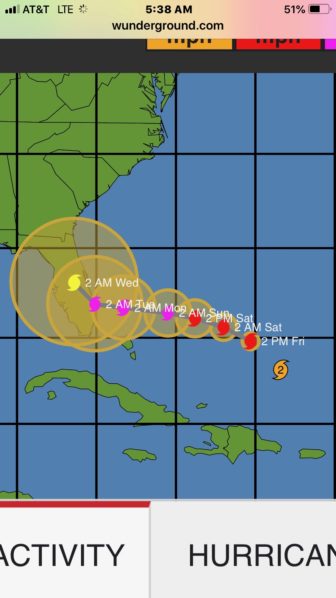 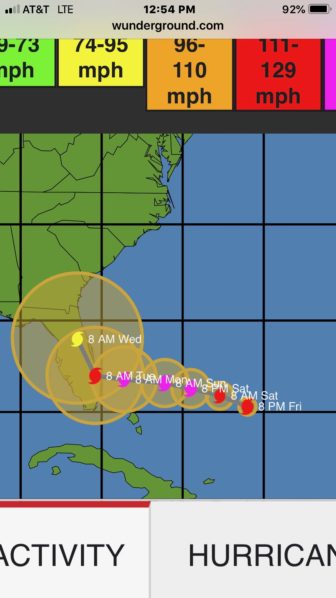 Anyone else notice the landfall projection drifting southward? I sure did!A landfall around Palm Beach with a storm moving West would be extremely bad news for the east coast but could also result in a pretty bad storm here on the West coast. Those forecast turns sometimes fail to occur. Andrew was supposed to turn but went straight, as S Dade County residents of the time like me recall too well. 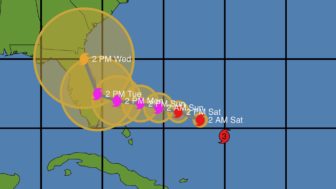 This is the second projection to show a turn and an increase in the speed of movement of the storm. I was starting to believe the turn would happen. 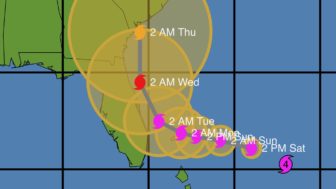 The earlier forecasts of a Monday or early Tuesday landfall in Florida went away by this time. South Carolina residents started to worry. 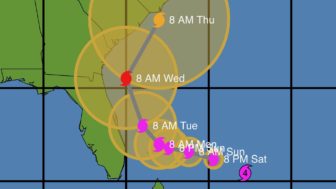 The projected turn got sharper and the movement of the system was also projected to be much faster. Lots of Florida coast is still in the cone of uncertainty but it looks less and less likely that the storm will actually come ashore here. Maybe early Thursday in North Carolina. 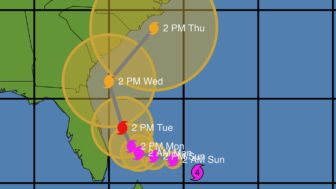 Or maybe later on Thursday. 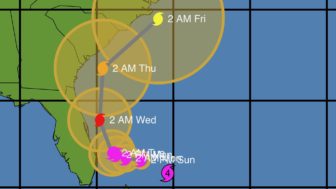 Or maybe Friday, or not at all.

The earlier forecasts of a Category 2 hurricane hitting the Abacos and the Little Bahama Bank were wrong, unfortunately. It looks like they're taking a Catgory 4 hit today.

This storm has shown once again that forecasting a hurricane days ahead of time is beyond our understanding. I figured out that Charlie was a threat to Punta Gorda about 6 hours before it arrived and barely had time to leave.