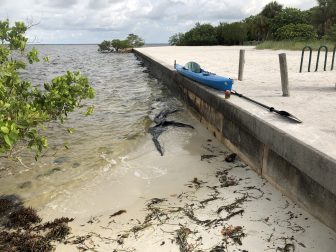 There used to be more beach at Ponce de Leon Park in Punta Gorda, but there’s still barely enough to launch my Blue Canoe. I had planned on paddling down the shore and returning via the mangrove tunnels but a headwind changed my mind and I reversed the route. 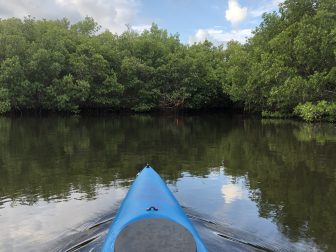 Someone put orange straps in the trees in a few places to help find the entrances and turns along the way. 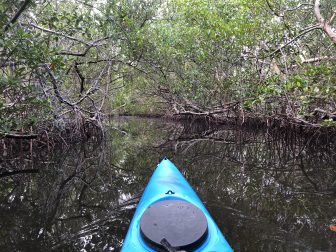 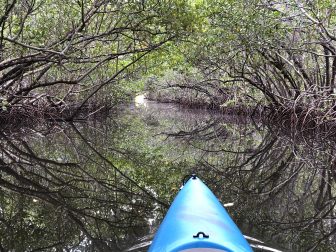 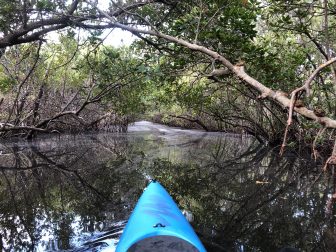 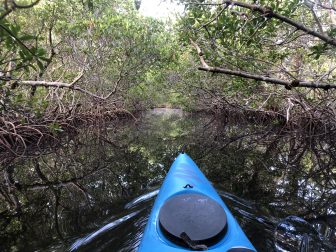 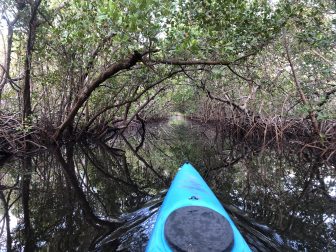 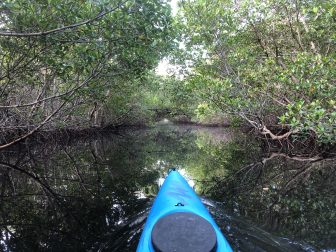 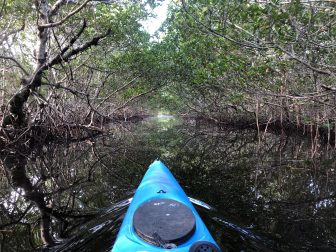 As my friend Gene once observed during a scientific lecture on the subject, “Mangroves are neat trees!”
Ok so it was not the most profound observation but it’s true.

I like climbing them, fishing around them and paddling in the shade of them. 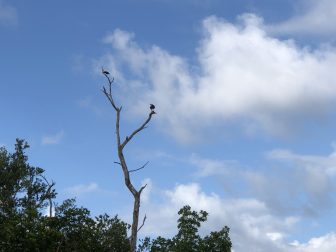 On the way back out to the harbor I was scolded by an Osprey for interrupting breakfast. 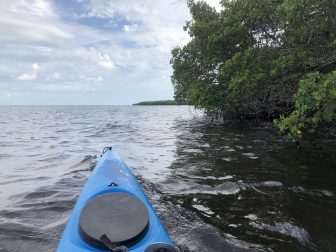 It was getting near 9:00 as I paddled along the shore back to the park. Had to slip right alongside the trees to stay in the shade. 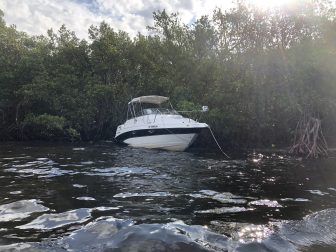 Boat in Mangroves
Also hiding in the shade was this boat. It had an anchor rode out but looked like it was blown into the trees. I thought about investigating but remembered a tale that a friend told of going to the aid of an apparently abandoned boat and interrupting a romantic interlude. I decided to let it be.