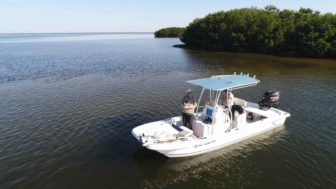 We took our Twin Vee 22 down near the mouth of Charlotte Harbor today for some fishing. The water was thick with bait fish and some of them helpfully schooled up just in front of our boat so I threw a cast net at them. 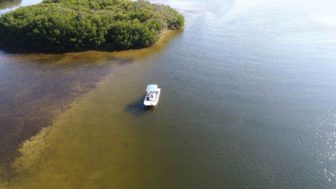 Even though the fish weren't biting much, we did get quite a show from the dolphins and pelicans feeding in the mouth of Bull Bay. Toward the end of the day I gave up on fishing and flew my drone for a bit. The pics were taken near the Island Bay National Wildlife Refuge in the mouth of Turtle Bay.