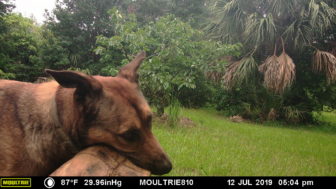 It's not easy being a gopher tortoise that strays into our yard. Libby grabs them and puts them upside down on the ground and guards them until I come along and put them back outside the Invisible Fence where she can't get them. 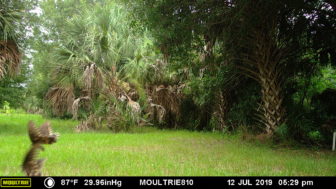 I have not ever seen butterfly sex before but I guess that's what it looks like. Or maybe it's a fight. I don't know but prefer to think they're having a good time. 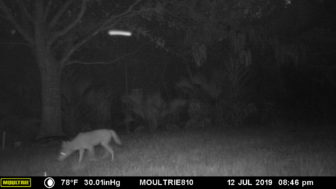 The neighborhood coyote came back by. I see streaks of light like that in some photos and the best explanation I have heard is that they're flying insects who happened to be very close to the camera when the flash went off. That's a dense canopy of trees so it can't be any human-created source of light. 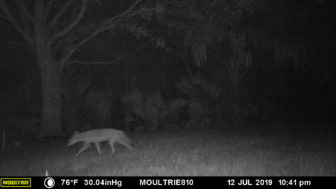 I know coyotes are pack animals and have heard groups of them yipping it up at night. My cameras have never caught more than one at a time. I guess it's always the same animal. Maybe females get away from the group when they have pups?

Newer: Coyote And Other Critter Pics
Older: Bobcat and Coyote Still Around